To share your memory on the wall of Theoria Benner, sign in using one of the following options:

Provide comfort for the family of Theoria Benner with a meaningful gesture of sympathy.

Print
Mrs. Theoria May Benner, or Miss Teddy, as she was known to everyone, passed away on Thursday, September 19, 2019, at Oxford Health and Rehab in Oxford, MS following a short illness. She was 95 years young.

Miss Teddy was born on April 1... Read More
Mrs. Theoria May Benner, or Miss Teddy, as she was known to everyone, passed away on Thursday, September 19, 2019, at Oxford Health and Rehab in Oxford, MS following a short illness. She was 95 years young.

Miss Teddy was born on April 13, 1924 in Marion County, Alabama to The Late Mable Fryer VanTassel and Theodore VanTassel. She was the widow of Edward Benner, Jr. who referred to her as his "Teddy Bear" which is how she affectionately came to be known as Miss Teddy for the rest of her life. She graduated from Marion County High School in Selma, Alabama and was always a fan of anything from that state. She moved to Pope, Mississippi with her family in 1960 and joined Pope Baptist Church and was an active member there until her late years. She was the sunshine lady in Miss Estelle's Sunday school class as she loved to spread sunshine and love to everyone she encountered. She was quick to laugh and would surprise you by telling jokes and would quickly catch you off guard on April Fool's day.

She was a part of the village that helped to raise so many young people in the Pope, Enid, and Oakland area. The neighborhood kids still call her their second Mama. She listened to their concerns and gave them a hug when they needed one along with love and encouragement. She sat with the sick and took care of loved ones for their families. In deed, her strength of spirit and love for her family and friends knew no bounds. Her absence will certainly be felt as she will be truly missed by those who knew and loved her.

Left behind to cherish her memory is her daughter, Cindy Heuser (Frank) of Oxford, MS; two grandchildren, Thad Heuser of Oxford, MS and Hallie Heuser of Madison, WI; two great-granddaughters, Lauren Heuser and Jordan Heuser, both of Oxford, MS; and her nephew, Ted VanTassel of Fresno, CA. She was preceded in death by her husband, Edward Benner, Jr.; two brothers, Gareld VanTassel and Roland VanTassel; and her parents.

In lieu of flowers, memorial contributions may be made to Pope Baptist Church, 264 Front St., Pope, MS 38658

We encourage you to share your most beloved memories of Theoria here, so that the family and other loved ones can always see it. You can upload cherished photographs, or share your favorite stories, and can even comment on those shared by others.

Elly & Barbara Purdon sent flowers to the family of Theoria May Benner.
Show you care by sending flowers 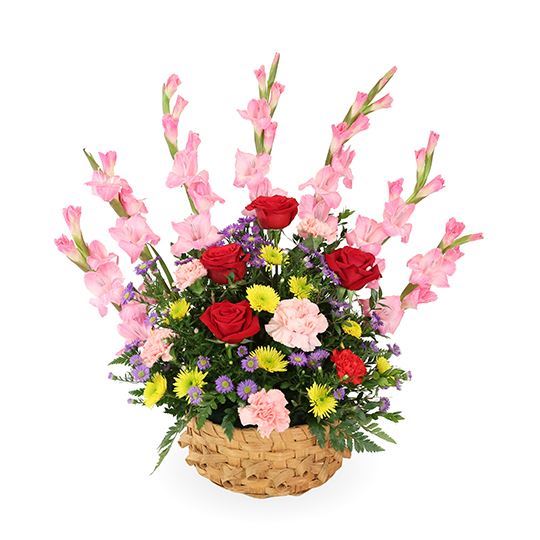